Processed with VSCO with b1 preset

High school students from Oyster River, Pinkerton, and Dover had the opportunity to speak with congressional candidates Chris Pappas and Eddie Edwards Tuesday afternoon in the ORHS multi purpose room. The press conference was just one element of Oyster River’s seventh annual journalism conference, which provided student journalists the opportunity to learn techniques and strategies from veteran journalists.

The press conference marked the first meeting between the congressional candidates following their primary election victories. Both Edwards and Pappas spent the afternoon answering questions and informing students on their political agendas for the future. Although the majority of students will not be able to vote in the upcoming election, their support will ultimately carry over into future election cycles. Both candidates stressed the influence the country’s youth have on political issues. 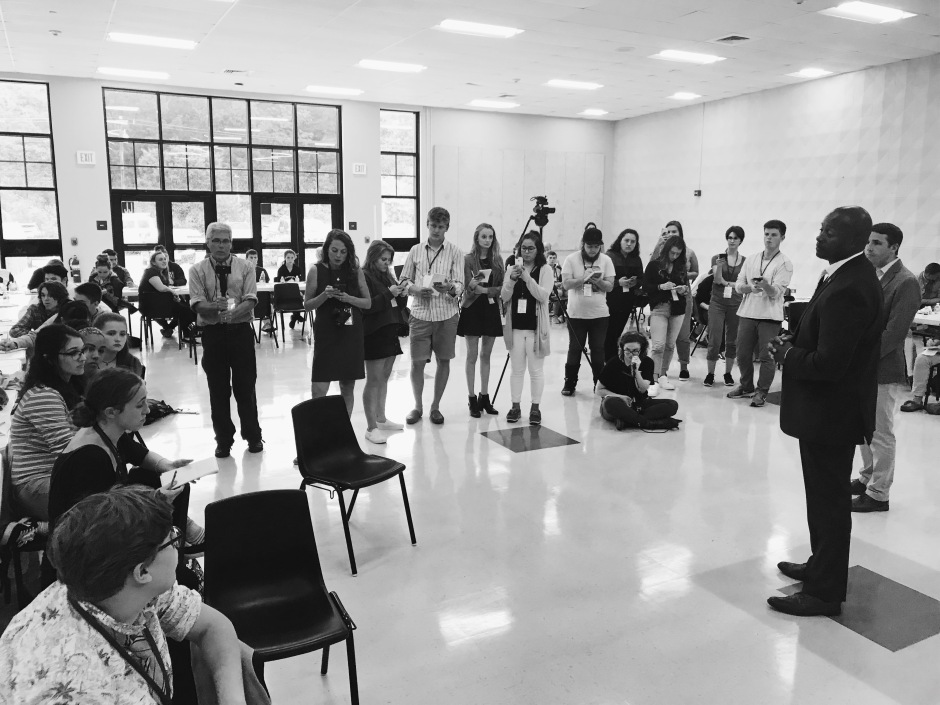 Students had the opportunity to get to know candidates by asking them about policy prior to the press conference. Students asked questions about topics ranging from gun control to the opioid epidemic. Speaking on opportunity in America, Edwards explained, “No student should go to school worried about if they are in danger. No parents should send their off to school worried if that is the last time they are going to see them.”

Both Pappas and Edwards addressed the pressing issue of student loans. According to Pappas, New Hampshire has the highest student debt loans. “We shouldn’t have to take out a mortgage to get a higher education. Student loans shouldn’t be a profit,” said Pappas.

Students attended workshops regarding audio, written, and photographic journalism. Beginning the day with informative lessons on their designated journalistic styles, the students had the ability to pick the brains of the journalist mentors. The day concluded with each student producing an article in their assigned medium. 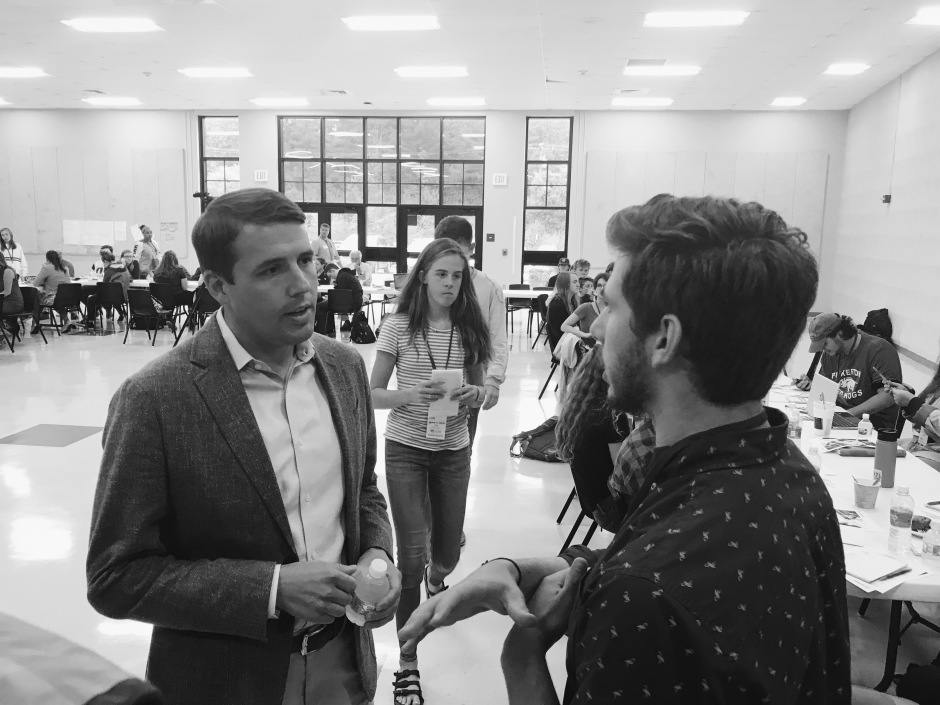 The conference allowed for students to reach beyond a journalistic exercise; it incorporated an education in politics as well. Kylan Masko (pictured above), a Dover High School senior spoke enthusiastically about his experience. “To me as a politically involved student and citizen, the event was a great step in the right direction for lawmakers to interact with students and get their perspective on major topics. Personally, it was a dream come true to interview and discuss topics with politicians, and really just made the day unforgettable,” said Masko.