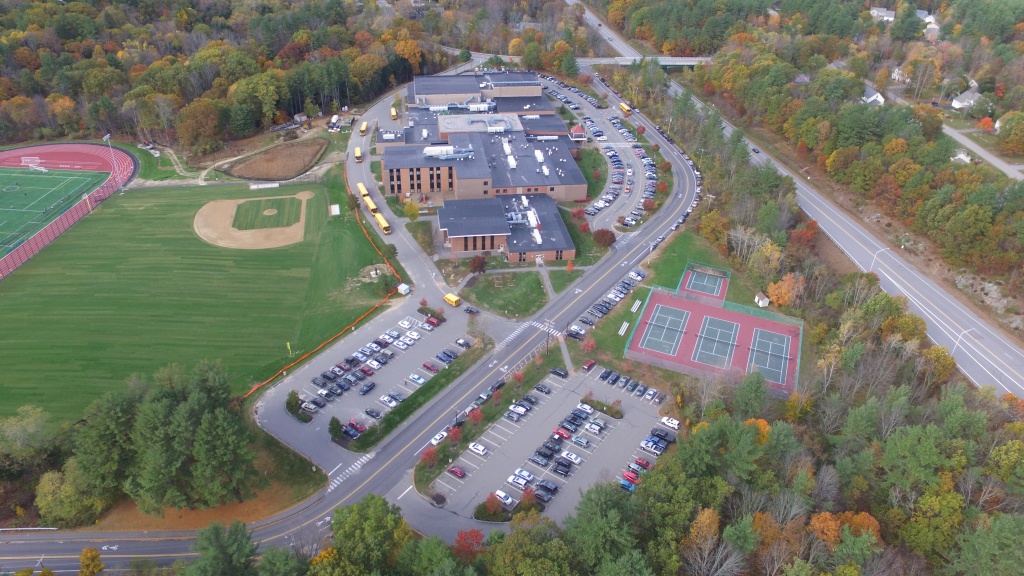 On Friday September 9, 2016, non-senior students who wanted a parking pass were notified if their name had been drawn in a random lottery. Students whose names were drawn were granted the opportunity to purchase a parking pass for the 2016-17 school year. A total of 96 students entered the lottery, with 76 initially receiving parking passes.

So far this year, the parking dilemma has been a significant problem for ORHS administration, as well as a major concern for students. “It takes a lot of time out of my day when I want to be doing school things, not parking things,” says ORHS assistant principal Mark Milliken.

When I first started working on this article, I thought the lottery was the story. Some students were upset, administration was scrambling to appease as many people as possible, the entire situation was somewhat chaotic. But the dust of the lottery has now settled. Some may think this means that our parking predicament is in the past, but in reality this year’s parking lottery was just the tip of the iceberg.

The issue of student parking is a complicated one without a distinct solution. The days of every senior and junior being able to park on campus are over; there simply are not enough parking spaces available. There are currently 220 parking spots available to ORHS students, with 185 students in the senior class and 188 in the junior class.

This problem isn’t going anywhere. In fact, this is only the beginning. “It is going to get worse,” Milliken says. He’s right; this year’s freshman class is the largest in the school with about 20 more students than any other class. According to the Counseling Office, next year’s freshman class is projected to be of equivalent or greater size. That means that in just three years, there could be as many as 420 seniors and juniors. Unless we find a way to add parking spots, there will still be just 220 spaces for those 420 upperclassmen.

One seemingly easy solution would be to expand the school parking lots. “If we could have more spaces, that would be wonderful,” states new ORHS principal, Suzanne Filippone, “but we don’t have anywhere to place them.”

For the time being, it was decided that a lottery would be the best way to be “the most fair to the most amount of people,” as Milliken says. For the most part, the student body agrees. “I don’t know if there was any other option,” says Will Cilia (‘18).

The lottery is by no means a perfect solution. However, in the short term, there are few alternatives. “There’s no good solution,” says Filippone. “There are going to be students without spaces.”

The problem of student parking is certainly not a new one. In fact, one of the headlines in a 1984 issue of MOR read, Reaction to New Parking Widespread and Negative.  Throughout the history of the school, there have been various times when the amount of student parking available did not match the student population. “All of the parking issues I’ve seen in the past have gone back to students not having enough spaces,” says Don Maynard, a Physical Education teacher at ORHS. In each of those instances, the issue was fixed by expanding student parking in some form.

Today, as we have seen in the past, we have simply outgrown our parking lots. The clear solution is to find a way to build another parking lot or expand the current lots.  Yes, this would be a big project, and an expensive one too. However, student parking is a big problem, and that requires a big solution. “I think the best solution is if there was any land available that the school could purchase to turn into parking, realistically that’s probably the best option,” Maynard states. “I’m just not sure where that could happen.”

“I don’t think [expanding parking] is going to happen for a very long time,” Cilia states. Cilia is probably right. It would be a reach to try and finance new parking before the 1.5  million dollar athletic fields project is completed. So, for the time being, students are just going to have to deal with the fact that the number of parking passes available to non-seniors is decreasing. In a few years, parking will likely be nearly-exclusive to seniors.

There are alternative short-term solutions, however. According to Milliken, the administration has reached out to several local businesses that have large parking lots. The idea was to have students park at a lot that is off-campus, and then offer a free shuttle to take them from the parking lot to school. For students who live relatively close to the school, this solution seems counterproductive and redundant. Why add time to students’ commute to and from school by shuttling them to a parking lot? However, an off-campus lot might be a viable solution for students with longer commutes, or Barrington students who don’t have access to a bus.

Amidst all the chaos and confusion, one thing is certain about the current parking situation: everyone wants to drive themselves to school, which means everyone wants a parking pass. The whole premise behind student parking is freedom. Driving yourself to school provides a sense of freedom from the school structure. Instead of taking a bus in the morning, staying at school all day, then taking the bus home, you can drive yourself, and even leave during a free period. Another benefit of driving yourself to school is that it is more time efficient than taking a bus. “I like driving myself to school because I can sleep in later because I don’t have to spend 20 or 30 minutes on a bus every morning,” Cilia says.

This is why students want to be able to park at school, however, the issue has reached the point where people who actually need to drive to school should be prioritized when it comes to choosing who gets a parking pass and who doesn’t.

While prioritization might sound obvious, it is not as easy you think. “Everybody has what they view as a good reason to have a parking pass,” Milliken states. It’s up to administration to determine some kind of criteria so it is possible to identify the students who have the largest need for a parking pass. It simply doesn’t make sense to give a student who lives one mile from the school an equal chance of getting a pass as a student who lives in Barrington.

“I think we should get a group of students and adults together, and talk about how to address this problem,” Milliken states. I agree with Milliken’s idea, forming some sort of committee is a good place to start. In the next few years, parking is going to become an increasingly large problem. As Milliken said, students, teachers, and community members need to put their heads together to come up with a solution.