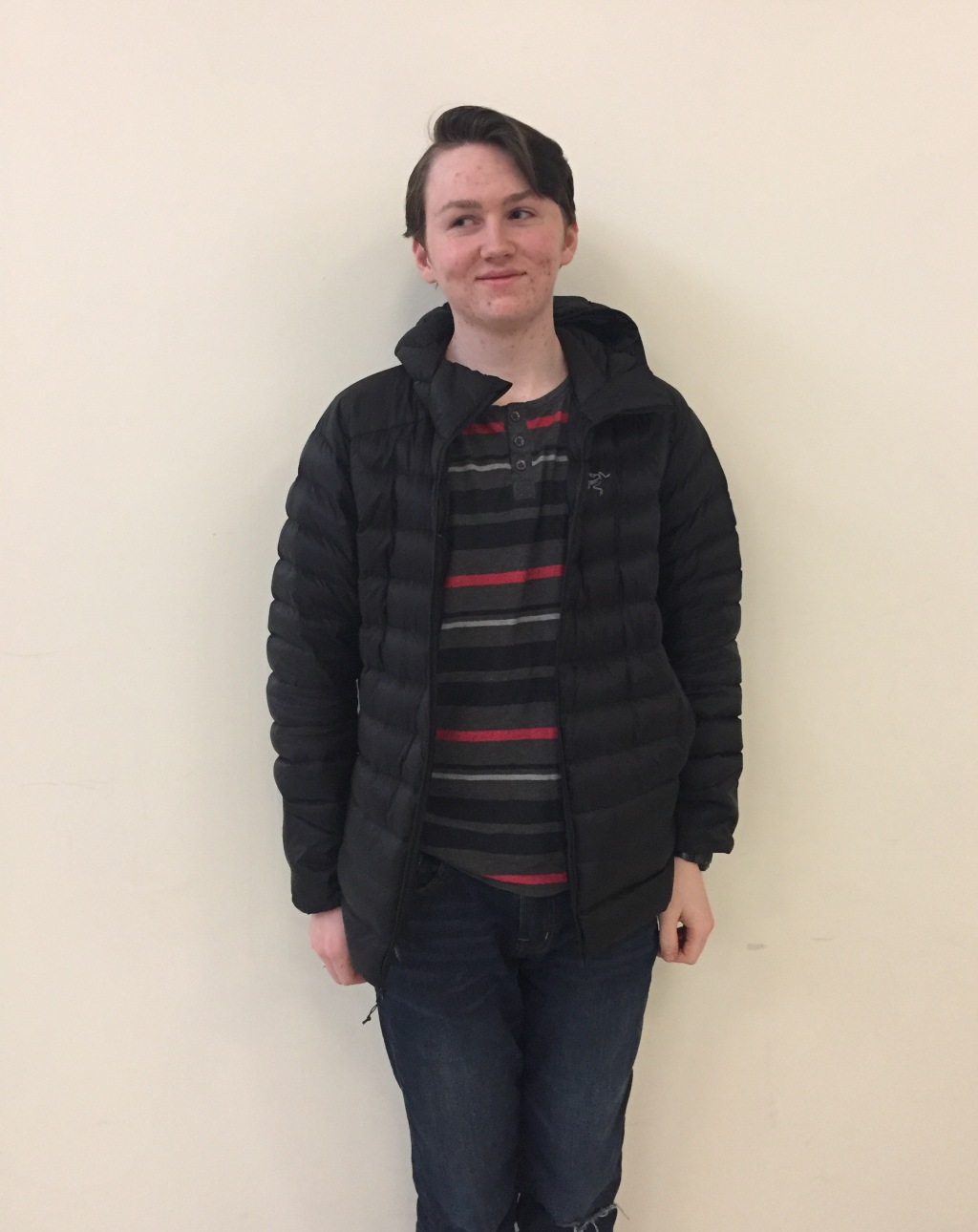 Hello ORHS! As many of you know, Mouth of the River has been profiling a randomly chosen student at the school to feature in a Student of the Week column. Here is another feature for this column, Nick Ryan. Nick is from Lee and has lived there since he was 10 years old. He moved here from New Ipswich, NH, which is west of Manchester.

In his free time, which he admittedly doesn’t have much of, Nick is either watching movies or practicing music. He’s interested in film and the art form of it, so he watches a lot of movies and reads film reviews a few hours a week. When he’s not occupied by film, he’s practicing music. Nick plays a couple of instruments and he also sings, so he’s either writing his own music, practicing for an upcoming performance, or rehearsing his part in a musical. Music is easily the biggest part of Nick’s life.

If you could bring one thing with you if you were stranded on a desert island, what would you bring?

I would probably bring a water purification thing (for survival) but if I had clean water, I’d bring a guitar to keep me busy and entertained.

As for my pizza, I prefer cheese on my pizza. That’s it. I’m pretty selective about my food toppings.

My favorite band has to be Rush. If you ask anyone who knows me well, I’m borderline obsessed with their music. Led Zeppelin and Pink Floyd are close behind, but Rush takes the cake. I’m into really experimental and musically complex stuff, but also some chill vibes and also some classic rock riffs, and Rush has all of that. Their lyrics are some of the best I’ve ever heard, but their technique and musicianship is what makes me love them more than any other band. Their guitarist, Alex Lifeson, is one of the best I’ve heard, and honestly the best rhythm guitarist I’ve heard in a very long time, but their bassist and drummer, Geddy Lee and Neil Peart, are, in my opinion, the best bassist and drummer to ever live, and are repeatedly cited as inspirations for some of the biggest names in music. They also play around with a lot of time signatures which I think is cool, but they can make it seem so effortless and blended. Even in their most popular song, Tom Sawyer, it switches from 4/4 to 7/8 and then back to 4/4 time. They also have a lot of really long songs that tell stories, which is just pretty awesome. Overall, I just think they’re a great band.

Have you ever made a prank call and if so how was it?

The last time I made a prank call was when me and some other counselors from a camp I volunteer at got bored and prank called a few hotels and a few pizza places, but we ended up getting a call from the San Diego police. It was a pretty cool night.

What is your favorite movie/play and why?

My favorite movie is “A Clockwork Orange” by Stanley Kubrick. It is one of the most beautiful and stylized movies I’ve ever seen, and the music score with the movie is absolutely amazing and it’s by far the best score I’ve ever heard for a movie. I have it on CD because you can’t buy it on iTunes or get it on Spotify. My favorite play right now probably has to be Les Miserablés (partially because I’m in a production of it right now) but it’s an incredibly beautiful musical with great characters and great music. However, a very close second is Sweeney Todd by Stephen Sondheim because of the dark themes, the hilarious but also serious lyrics, the amazingly used musical motifs.

When Nick finishes school, he is considering law or software engineering/computer science. Music will, of course, always be part of his life.