The adventure brought the group to Chengdu, Xi’an, and Beijing. In these cities, the band performed a Buster Keaton silent movie that they rehearsed specifically for the trip. For a school trip, this experience was unique as American and Chinese students were able to share the music and traditions of their countries with each other. Along with visiting many national treasures, the trip also inspired many long lasting memories for the students.

Emma Hilary Gould (‘19) was a student on the trip. “The trip was a blast. I wish I could remember every detail, but a lot of it has just turned into a blur,” says Gould. She goes on to say that since they did so many amazing things and went to so many places, she has a hard time separating the events. Still, everyone has fond memories from the trip.

Gould remembers one specific memory that has stood out above the rest. “A favorite memory would have to be when my fellow trip mate, Ben Harriton (‘18), came down with a ‘mysterious tongue stain.’ After deciding that the tongue stain was a condition completely unique to Ben, I began the research to diagnose him. All it took was a quick questionnaire on WebMD Symptom Tracker to really start the diagnoses. The rest is history. Lucky for Ben it went away quickly, but I know we were all banking to at least get a month with our black-tongued friend,” explains Gould, who treasures funny moments like these.

She feels fortunate to have made such great connections with the other students on the trip. Being that these people were together for almost two weeks, they made some tight bonds pretty quickly. “I think what was the most fun part was becoming a part of the group and watching how our personalities changed as we became closer.” Gould ends saying that they all became a unique family together.

Harriton, Gould’s black-tongued friend, also has memories he will cherish, aside from the black tongue incident. “My favorite part about the trip was when we visited the Xi’an City Wall and bicycled on it. The sights from the wall were amazing,” says Harriton. He specifically enjoyed all the sightseeing they were able to do while in all three of the cities.

Harriton also liked visiting some of the schools in China. He appreciated learning about how another country’s students learn and go to school every day. “We visited two elementary schools, and they both focused tremendously on art and making the physical appearance of the school beautiful. The kids were all very kind and tried very hard to communicate with us.” The whole group commented on how friendly and welcoming everyone in China was to them. “The schools performed songs and dances for us, and they were better than anything I’ve ever seen from ten year olds here in the [United States],” Harriton adds. 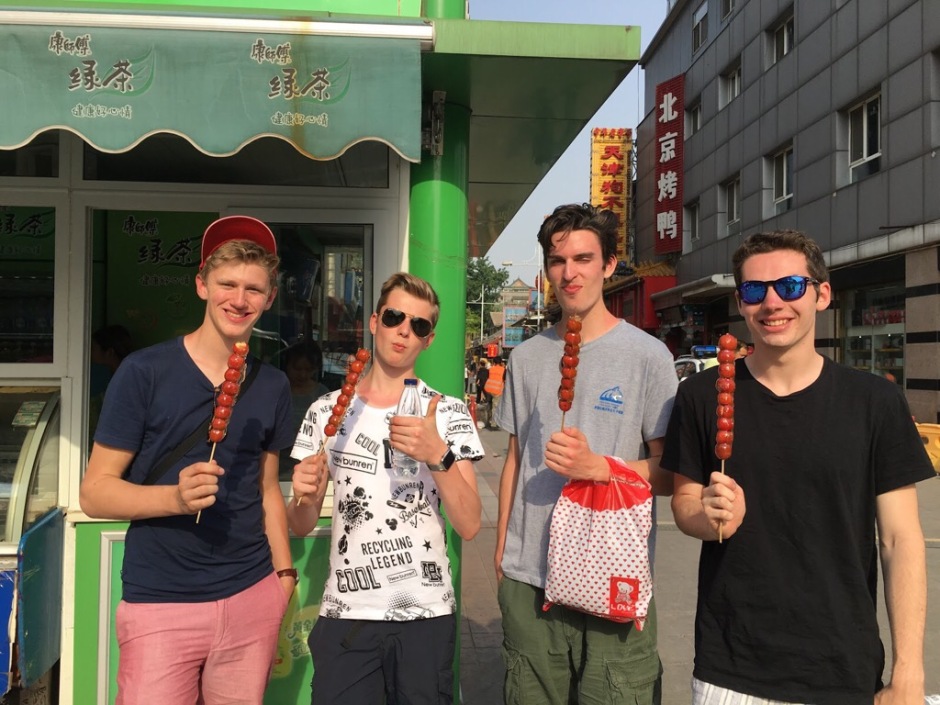 At all the locations they visited, the people were grateful to have them there. They often showered them with gifts such as: stuffed pandas, Chinese candy, and school apparel. Band Director, Dave Ervin, even received a hand painted drawing of a panda along with other art.

Harriton adds, “I decided to go on the trip when Mr. Ervin told me about the opportunity. It seemed like such a life changing opportunity that I may never get again, so I took it!” It was recently decided that the Chengdu University students will be visiting America in the fall. The Studio Orchestra members are already looking forward to returning the favor and showing them around their country.