This past Saturday saw the New Hampshire 2017 Division II High School Track and Field State Championships, held at Kennett High School in Conway, NH. The best athletes from high schools around the state came to compete for championship titles in every event, with each having to meet certain qualifying times or rankings in a previous meet to even get the chance to compete. Oyster River had 27 athletes who made the cut and attended the meet.

“Competing in states is much different than a regular meet. There’s so much energy, everyone’s excited and motivated, and everyone wants to win… you know that all of [the competitors] are really good at their events too.” says Devan McClain (‘19), who ran in the 100, 200, and the 4×100 relay on Saturday. “It can be a little intimidating to be with people that are a lot better than you, but even with the competitive atmosphere everyone’s very friendly and I’ve never seen an athlete act in a negative way towards another [athlete].”

The girls held their own at the meet, with Xiana Twombly and Devan McClain taking fourth and fifth in the 100m, respectively. Twombly then went on to take second in the 200m dash, with Amelia Concannon trailing not far behind in fourth place. For the 400, Concannon was able to break 60 seconds, which brought her to second place. OR’s Eleanor Zwart came in just one second behind to score third place. The girls’ relay teams also scored highly, taking second place just .53 seconds behind Portsmouth in the 4x100m (Amelia Concannon, Laurel Gordon, Devan McClain, Xiana Twombly) and again second place behind Souhegan in the 4×400. (Laurel Gordon, Eleanor Zwart, Lydia Hoffman, Amelia Concannon)

The boys’ team was just as impressive, with Connor Manning scoring 6th in the 400m at a time of 53.09 seconds. Patrick O’Brien blasted through the 1600m with a time of 4:16.53, winning him the top spot in the race and setting a new Division II record in the process. Finishing the meet on a high note, the boys’ 4x400m relay team (Cam Casella, Patrick O’Brien, Connor Manning, Thomas Cote) scored third place and broke the Oyster River school record with a time of 3:31.81.

“It was awesome to get the record in what very well could have been the last meet of our high school careers,” said Casella, referring to the fact that three of the four members of the relay team are graduating seniors. “Luckily we’ll have one more chance to run in MOC’s this coming weekend, and we’ll try our best to go even faster.”

MOC’s, or Meet of Champions, is for athletes from all Divisions across New Hampshire who qualified at their respective State Championship meets. Among them are a few Oyster River athletes who qualified – Both the girls’ and boys’ 4×400 relay teams and the girls’ 4×100 relay team made the cut, with a few members from each team competing in individual events as well. One of the most closely watched athletes will be Patrick O’Brien, who will be running in the 3200m race in addition to the relay. O’Brien is a committed Dartmouth cross country and track and field runner for the upcoming year, and his performance in Division II has been exemplary over the course of the season. He hopes to move on from MOC’s to the Regional Championships and then on to Nationals, just as he did in his cross country and indoor track and field seasons. Oyster River High School teacher and track coach Scott McGrath had only positive things to say about his runner. “Patrick has put in a lot of training hours through this season, so I’m pretty confident in his ability to go up and play in the big leagues… I think he likes having people that can really compete with him and push him to do his absolute best.”

Meet of Champions starts at 3:30 pm today at Merrimack High School in Merrimack, New Hampshire. Results and photos from the meet can be found at lancertiming.com, or on the New Hampshire track and field website. 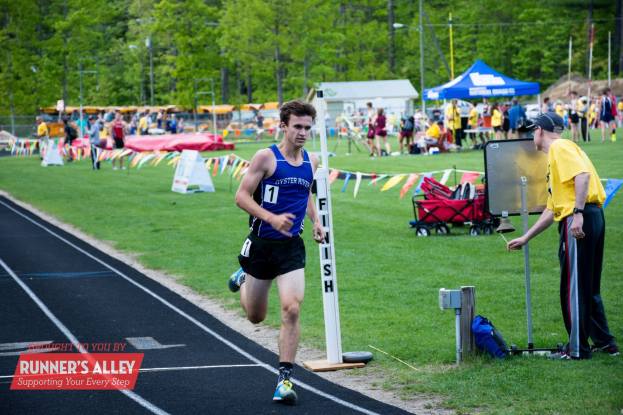 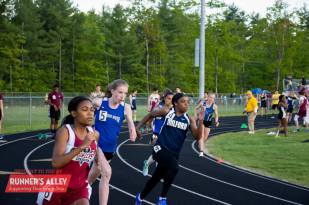 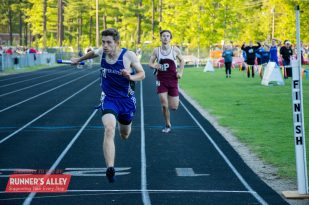