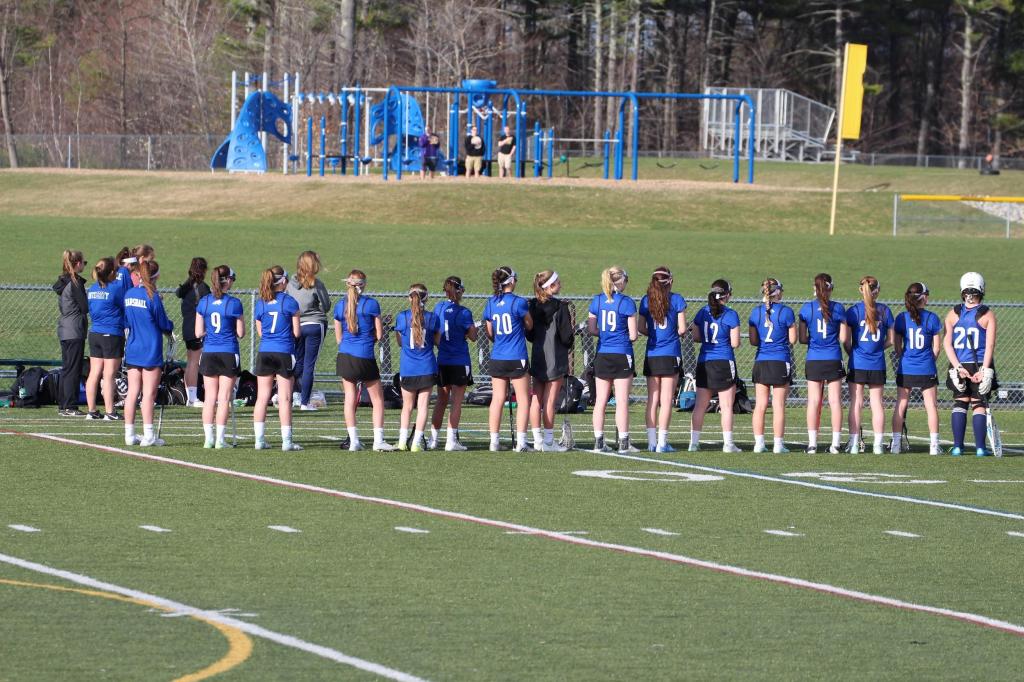 Last Wednesday, May 31st  marked the last game of the 2017 season for the Girls Lacrosse team at Oyster River High School. The girls’ took on Portsmouth, the division II number two seed and the previous runner-up for DII in 2016.

“I knew it was going to be a tough game without question. I was talking to someone today and I think we kind of agreed we played our best game of the season against the best team in the division. We saw a lot of things coming together. We did better than I thought we were going to. It totally exceeded expectations,” says varsity coach Emily Rodgers. After applying new plays, through communication and hard fought effort the Girls’ team was able to hold the Portsmouth Clipper’s scoreless for 11 minutes in the second half. “I would be very surprised of any other team doing that in DII because they are so dominant and when they strike, they strike. That was really exciting.”

The Oyster River Girls Lacrosse team had made it to the semi-finals of the NHIAA division II playoffs after advancing from division III to division II. The girls’ lacrosse team entered the playoffs with a 8-6 record after the regular season games were completed.

With one last game to play in the 2017 season the girls’ team brought everything they could to their last game. The progression of the playing tactics and team dynamic was displayed throughout the season and with each game that was played, there was something more to learn and something that had improved.

“I think that you could definitely tell that within the first couple games we were just getting adjusted. There was a lot to pick up on during the games to then practice and improve for the next game. I think that any one of the spectators that watched the progression of the season could have said that we definitely practiced what we needed to and worked on what needed improvement with each game,” says Ally Marshall (‘19). 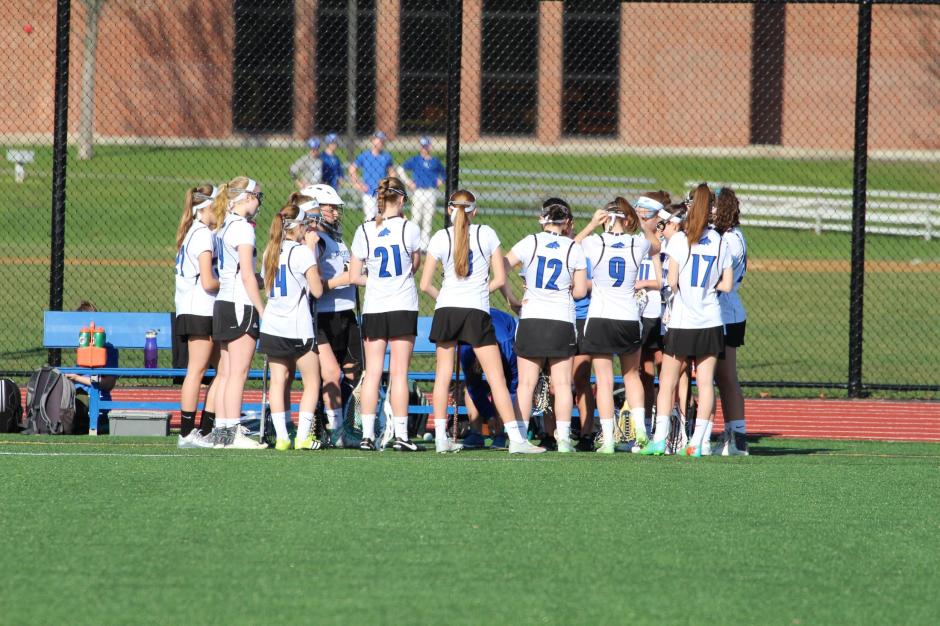 The high school girls lacrosse program has made it to two playoff rounds in the past two years even after the transition from division III to division II.

“I think last year it was just a huge learning curve it being my first year as a coach and teacher there was a whole lot going on. I think this year I was probably a little more organized. I had a better set plan. Implemented a few more things rather than having to lay a foundation we already had the foundation from last year so I think as far as adding new layers we were able to with new sets and defensive plays. We were able to add the first floor onto the new house after setting the foundation last season,” mentions Rodgers.

Last year was the beginning of Rodgers coaching season and as the team this year learned with each game what needed to be worked on, Rodgers did the same with her coaching approach.. The main focus of the team was to figure out what needed to be focused on and work on improving that aspect of it. “I think that we improved a lot. We became a whole lot more composed. We really started figuring things out and problem solving on the fly and knowing what sets to go into and different ways to move,” mentions Rodgers.

The team approached the divisions adjustment as if it was no different than previous years; approaching the season with a strong team dynamic and an ambitious mindset.

“I think the season went really well for being in DII for the first year and not really knowing any of the teams or having a scout on them; just knowing their records from previous years and seeing those matchups and watching the standings throughout the season,” says Rodgers. She recalls her goals for the season were: “to end above 500 and my other goal was to make playoffs so we achieved both of those things being in DII, playing against those really good teams. We added a lot of depth to the team, added layers onto last year.”

The program will encounter another drastic transition as Rodgers leaves the district at the end of the 2017 school year. But as the team adjusted and compensated for a new division, the same goes for a new coach.

“I think that from what I’ve seen throughout this team and this program, the numbers are growing and so is the skill level. I’m excited to see what we can do in the next couple years especially if we have the numbers,” says Julia Ravenelle (‘18)

“With the numbers in ORYA it’s just absolutely fantastic. What Tess Weglarz and Mark Henderson and other folks like that have been doing is really fantastic. They are developing a program for kids and I’m hoping that them seeing that we’ve had two playoff seasons in a row and two seasons of over 500 that people are seeing the high schoolers and wanting to put a stick in their hand and wanting to play for this program. That’s really all I can ask for,” says Rodgers.