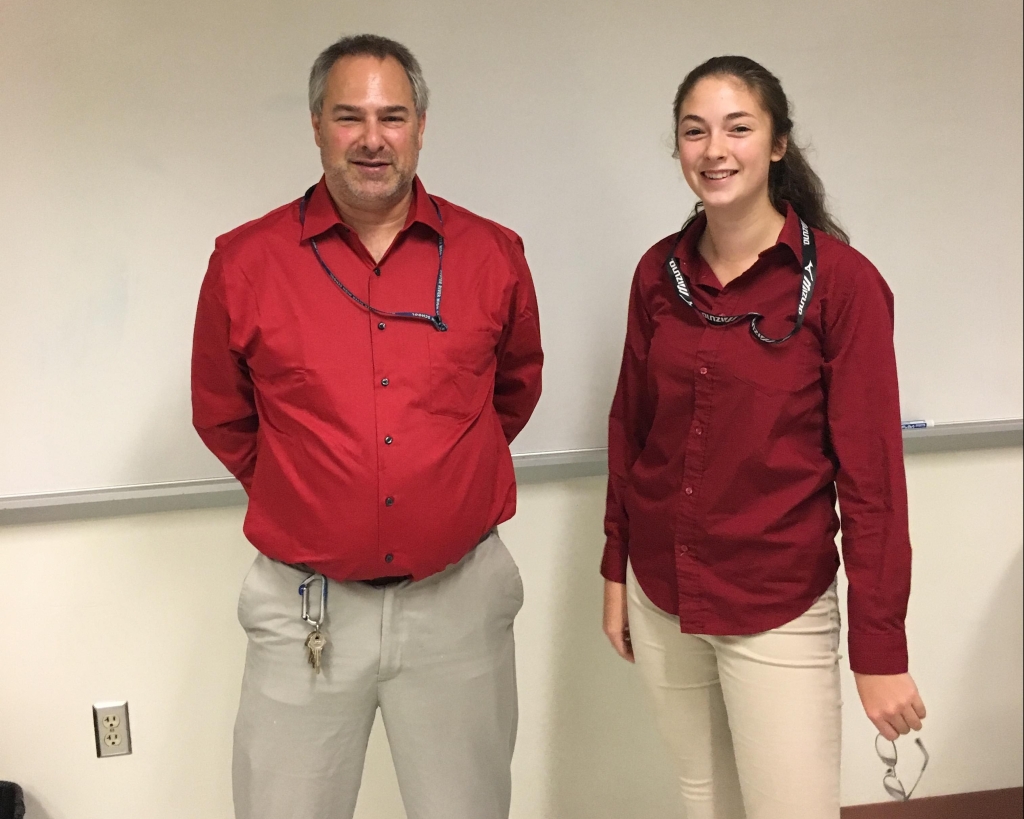 “To be completely honest there really aren’t many downsides to it, you’re kinda in control of how it affects you,” says Corinne Quaglieri (20). Quaglieri has a father who works at Oyster River High School, where she goes to school.

At ORHS, many teachers and staff have children who either went to the school and have graduated or have children who currently go to the school. Personally, I’m really close with my mother who works at the school and I enjoy having her at the High School with me, this is true for many other child students. Others try to distance themselves from their parent. The students with progenitors, who are teachers, at the school usually do not have classes with them, but do see their parent every day at school. Having your parent working at the school might not be as bad as you might expect and can strengthen your bond with that parent, or atleast that’s how it’s been for me.

It’s kind of unconventional going into high school and having your parent be there with you. For people like Ben Antognetti and myself, our parents have always been in the building in some way or another, which really makes it a lot less odd having them around. If your parent has always or almost always been at your school it becomes a lot more of a commonality and also increases the chances that your friend or people you know grow to like them at the school which makes it less uncomfortable for you.

Others, such as Corinne Quaglieri (‘20), have to actually take a class with their parent rather than just see their parent in the halls.  “The only bad thing is sometimes I feel like people judge how much they’ll like you off how much they liked your parent as a teacher,” stated Quaglieri.

Some children of staff hated having their parent around at first, knowing everything about their school life and what was going on in classes, but eventually they grew to enjoy it. “It can be really helpful a lot, if I forget something or need money or a permission slip signed, I can go get it [signed],” says Quaglieri.

There are a lot of beneficial abilities to having a parent at the school too. For example, Antognetti was able to fill out his senior privilege form to allow him to leave the school during free periods and lunch and turned it in within an hour of it becoming available.

Some other knowledge that comes from having your parent work at the school is that you are already familiar with the building and have someone there who can explain the schedule and other things that are unique to the high school. “… since I know what’s going on at school, I can answer questions about what’s going on with events and during spirit week,” said Mr. Quaglieri, Corrine Quaglieri’s father.

“Well it certainly makes scheduling easier,” says Elliott Moore, my mother and the new french teacher. Several parents had a positive view of having their son or daughter at the same school. Many of the parents who work at the school enjoy the ability to hear about what’s going on in the child’s life from co-workers, yet others try to steer clear of it to respect their child’s privacy. “I try to never talk about [Sadie] in class or tell students she’s my daughter,” says Kara  Sullivan, for she and her daughter they find it works best if they pretend they are not related. For others like Ben Antognetti him and his mother have a close relationship acknowledging each other in the halls and eating lunch together.

If you find your parent applying for a job at your school or you just got to the school your parent works at don’t worry, you’re not alone. “I mean you love your family,” says Antognetti and if you love them why wouldn’t you want to be able to see them all day long every day. Having a parent at school with you doesn’t have to be a bad thing. You may need to get past people coming up to you and saying they love your parent though.