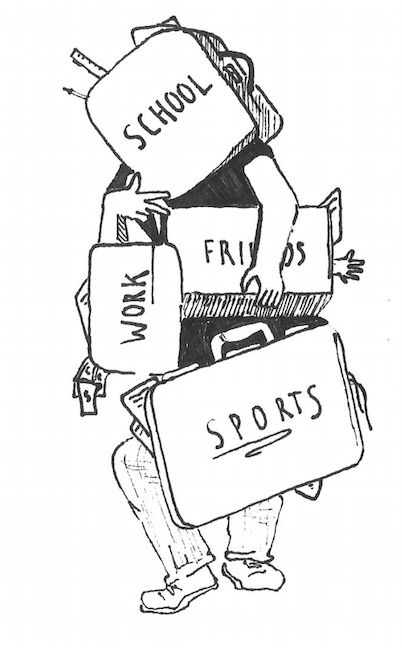 For many, high school is a great time to further explore interests outside of class through clubs and other experiences. But now that Oyster River’s number of extracurricular opportunities is nearing hundreds, where should one draw the line?

As a freshman, I was left pondering the same question. Attending a school with such a high academic reputation meant that there seemed to be an unspoken standard to be a student who could do it all: maintain perfect grades, stay connected with friends, and lastly, excel under a full schedule. So, I made a common, yet dangerous, mistake and stretched myself too thin.

Attending to countless to do lists, pages of overloaded calendars, and a crowded agenda book soon became a priority, eventually overtaking my high school experience.

This story may not be unfamiliar, especially to those who have been living in the academically competitive environment of Oyster River for several years. What may be surprising, however, is the fact that the competition to be excellent exists long after the final bell rings and the classrooms go dark.

To me, this meant a lot of confusion within the next three years of my high school career. On one side of things, I thoroughly enjoyed all the opportunities that were made available through the clubs and activities that consistently filled up my extra hours. But on the other, juggling work, sports, and homework on top of the commitments that accompanied such opportunities quickly became too much.

Healthy pressure quickly turned into too much stress, which then spiraled into anxiety. But since I was afraid to admit defeat in such a competitive environment, I didn’t see any other option than to continue pushing forward. Before I knew it, I was sacrificing one obligation for another, and was subsequently left feeling disconnected to them all.

The result was an unhealthy sense of pressure, which I quickly realized others in the community were also facing. 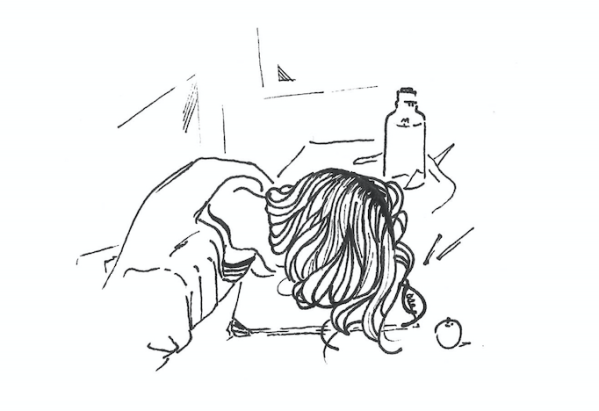 “I absolutely think [that] there’s a pressure to over-involve oneself outside of school. I think this pressure comes from teachers, parents, but mostly peers,” said ORHS alum Eleanor Zwart, who now attends Dartmouth College. “The desire to over-commit is rooted in an innate pressure to be equal to or better than ‘the competition.’”

With an array of clubs, sports, and other activities one can select to occupy their time, “the competition” Zwart refers to exists on a nearly limitless playing field. This can result in students’ feeling the need to over-involve themselves, subsequently being “stretched too thin,” or, unable to put their best foot forward due to having to take care of such widespread responsibilities.

“High school offers so many different extracurricular programs that it almost seems wasteful to not take full advantage of all that’s offered,” said Ian Miles (‘19), a current top ten student.

It was thoughts such as Miles’ that that once drove me to take on a full schedule outside of academia, but I quickly lost sight of my mental health as a result.

“The immediate effect of taking on too much is [figuring out] how you can still be your best self,” said Jason Baker, one of the high school’s student counselors. “If you keep working all the time, you’re going to burn out.” 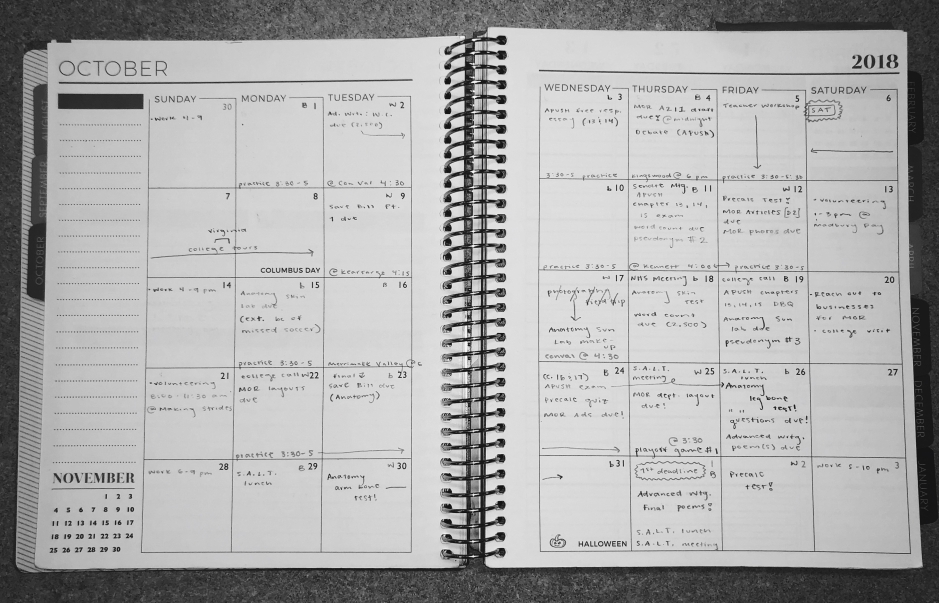 Looking back now, it is easy for me to see such a burn out in the works during my junior year. The girl pulling all nighters only to then get to school forty-five minutes early for a meeting was not her best self; in fact, I was very far from it. But since extracurriculars are rarely seen as having the potential to be harmful to one’s mental health, I shrugged off the idea of dropping a club or activity in fear of looking like I couldn’t handle the pressure.

On a personal level, I excused my growing distance from all the activities I once loved with the fact that junior year was “supposed to be” hard, something I had been hearing since the day I entered high school.

“School is a generally stressful time, especially in the later grades,” said Miles, adding, “but I think most people expect you to do at least something [outside of class]. Taking on a lot can teach students to better manage their time, but too much can also overwhelm and stress people out.”

Though time management is one of the notable benefits of extracurriculars, it is also often where students begin to see negative repercussions. “You can tell who’s taking on too much,” said Baker. “Even if someone hasn’t identified this yet, it’s noticeable. Finding a healthy balance of extracurriculars is important towards not sacrificing your own mental health or emotional well-being.”

Though in the cases of many high schoolers, it can be hard to scale back, even when a healthy balance has long been left behind.

Yasmeen Gunandar (‘20) touched upon one of the main reasons for this: college. “There definitely is a lot pressure in doing a lot in high school and I think it comes from applying to colleges since they are looking for people who are [participating in] extracurriculars.”

Gunandar’s ideas mirror those of many students, my overbooked self included. I was so convinced that colleges wanted to see me do it all that I completely lost sight of what many extracurriculars are supposed to be about: fun. Activities I had once loved participating in now felt more like chores, which just added to the pressure I was feeling every time another club or sport meeting rolled around.

Like in Gunandar’s thoughts and my experience, Baker has also noticed a trend in students taking on busy schedules to look good to colleges. Although, he noted that taking on few activities over many may actually be key to both success and happiness. “People take on more and more things because they think that the more they have to promote to a college, the better,” he said. “But I really believe that it’s more about quality over quantity in the activities you choose. Colleges want to see that you can take things on, but only if you can really invest yourself.”

Zwart seconded this notion, advising, “do what you can, and invest yourself in whatever you choose, but remember to do it for the right reasons. Pick extracurriculars that actually interest you, not that are simply ‘application boosters.’”

As for deciding on which activities to pursue, looking past college may actually be the most beneficial for personal growth, and the key to ensuring students are not being stretched too thin.

“Constantly evaluate where you are while keeping in mind what your goals for the future are,” said Baker. “As you’re evaluating, make the best choices you can in the moment to put yourself in the best position possible with courses and extracurriculars.”

This evaluation of future goals ended up saving me late in my junior year. After being spread across so many clubs that I was unable to meet all the time commitments expected of me, nearly all the enjoyment I had once experienced had been replaced with stress. Thinking of facing another four years of the same pressures in college only amplified this, which is when I knew things had to change if I was to continue being able to enjoy school and the opportunities it provided outside of the classroom.

It was then that I made the decision to scale back by letting go of a few extracurriculars, and from it, came the first breath of fresh air from the neverending schedule I had pursued since freshman year. Though it was initially hard to make such a decision, I noticed my involvement with the few activities I had left was actually increasing, giving me the meaningful connection that I had been missing while I was trying to achieve more than I could handle.

Since then, finding myself free of being stretched too thin has allowed me to enjoy extracurriculars again. Facing less internal pressures and stress has impacted both my in and out of school lives, leaving me happier and healthier than when I was overbooked.

In the words of Baker: “take on what you feel as though you can reasonably take on while still showing your best self, and remember that scaling back can sometimes be critical to putting your best foot forward.”