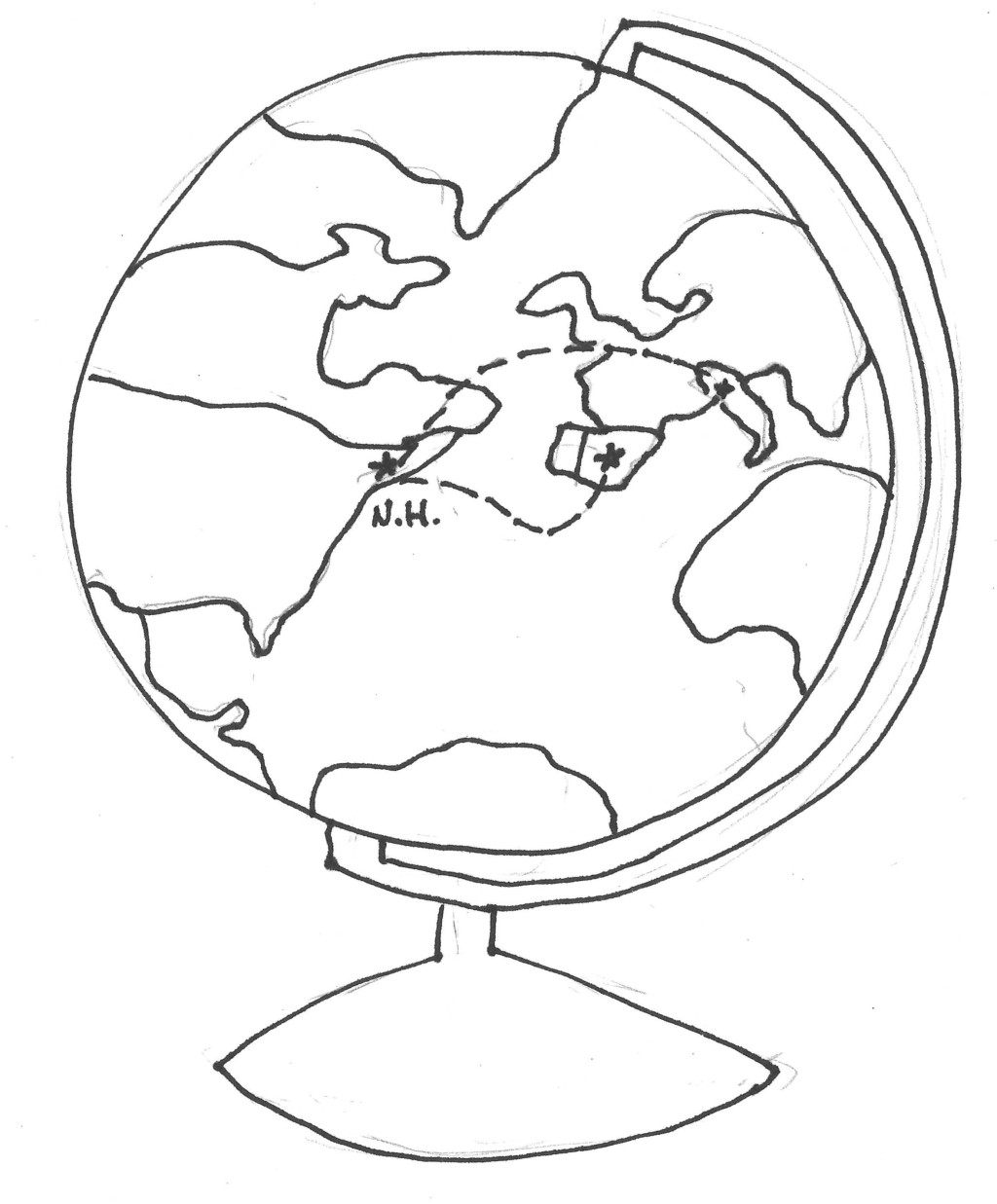 Last June, Alice Pistritto (‘20) was living in Sicily, Italy learning in the same classroom all day. Santiago Prada Ruiz (‘21), from Madrid, Spain, attended a school smaller than Oyster River High School (ORHS), with double the students. This year, they are both going to ORHS, having the opportunity to experience a whole new culture first hand.

For the 2019-2020 school year, ORHS welcomed two exchange students, Pistritto and Prada Ruiz, from Italy and Spain, who will be at ORHS for the whole school year. While this is a once in a lifetime opportunity for many, it also comes with the challenges of adjusting to a new school, a new country, and an entirely new culture.

When given the opportunity, many exchange students choose to go to another country to improve their language skills. Pistritto, an exchange student from Italy, was no exception. “I hope I learn the language really well,” she explained. “It’s really been my dream since I was really little.”

However, learning English or any new language is no easy feat, especially when immersed in it within the high school environment. Prada Ruiz, a Spanish exchange student agreed saying, “The language is really hard and I’m still getting used to it.”

Kara Sullivan, ORHS English teacher, explained that as an English teacher, she has a unique position with helping exchange students adjust to Oyster River and the English language in general. “I’ve spent a lot of time working with writing, especially on how to find better words for what’s trying to be said, or how to stop overusing the same phrases,” Sullivan said.

Aside from the language, Pistritto noticed many cultural differences within the school. “The first week was difficult because the school is really big for me and really different. For example, in Italy we have to stay in the same class [all day],” she said.

Prada Ruiz mentioned the stress of finding his way around a school like ORHS. “It was very hard the first day because I got lost going to every class.” He also explained the differences he’d noticed within the high school and its students. “The high school [in Spain], for example, we don’t have lockers and the food is very different, the people are different. How people treat each other is different, how people dress,” he said.

Pistritto noted that ORHS gives students more options for classes. “In Italy we have to do the same subjects for all five years of high school so we can’t decide what we want to do. For example, I studied Latin, [and] I hate Latin. So here I had the possibility to choose what I really like, for example psychology,” she said.

While making friends at a new school may seem like a daunting task, Pistritto explained, “everybody is really friendly, so it’s not really difficult to make friends because everyone is really kind to me.” She also added that many exchange students open up more with others during their time abroad. “A lot of exchange students have trouble making friends but during this experience they learn how to do it,” she said.

Anna Sargent (‘21), a member of a host family in the district explained her own perspective on different cultures. “It’s been really interesting because you get to learn about the differences between your culture and someone else’s. Almost every day they point out how something here is different from something there. I’ve gotten to see pictures of where they live and how they don’t drive cars and even if they wanted to they couldn’t get their license until they were eighteen, which is way different from here.”

While being immersed in a new language and culture is a challenge of its own, Sargent explains that American high school social groups may be even more of a challenge for incoming students. “The most difficult thing is making friends because everybody by junior year already has their cliques, so it’s hard for them to figure out who to hang out with, especially when they’re all new and don’t understand American norms yet,” said Sargent.

While this may be the case at first, many exchange students will make those connections sooner rather than later. Machanoff explains, “to go to another country and live for a year, your personality typically will be one of maybe a little more outgoing or open to new experiences, so I think [exchange students] make friends pretty easily because of that.”

Aside from the challenges faced by the exchange students themselves, the transition the school has to go through can also be difficult, when what’s required by ORHS and the school at home doesn’t coincide. “The education systems are very different. Sometimes what the student perceives they need or that the school is saying they need back home doesn’t mesh, so those are some challenges that we have to work through,” explained Machanoff.

Prada Ruiz concluded with his thoughts on the importance of cultural exchange experiences. “It opens the mind, that is the most important reason. You get to know new people which are very different from the ones you know from home. I feel grateful for being here, not everyone in Spain has this opportunity.”